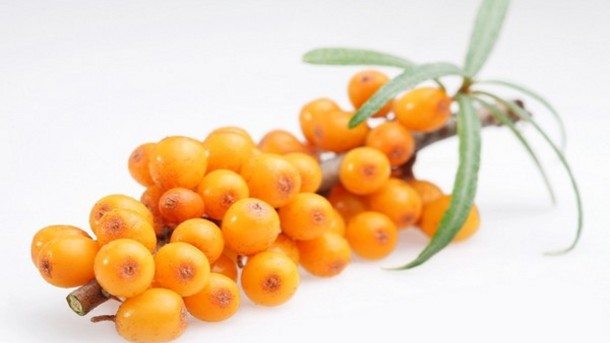 Sea buckthorn berries: "It is gratifying to now see their usefulness in cardiovascular health in a study of slightly overweight women" - Cheryl Myers, Chief of Scientific Affairs and Education at EuroPharma

Daily consumption of sea buckthorn berries, its extracts, or bilberries may boost the overall metabolic profiles of overweight women, says a new study from Finland.

Using a nuclear magnetic resonance (NMR) metabolomics, researchers from the University of Turku, the University of Oulu, and Aromtech evaluated the effects of sea buckthorn, select fractions, and bilberry on the overall metabolic profile of overweight women, which has not been investigated by any other group.

One month of berry or berry fraction intake was associated with improvements on triglycerides and very-low-density lipoprotein (VLDL) levels, and total cholesterol levels in women, particularly those with a higher cardiometabolic risk.

“Even though most of the changes that occurred in individual metabolites were not statistically significant after correction for multiple testing, clear trends accounting for the significant overall effects were observed,” wrote the researchers in the American Journal of Clinical Nutrition .

The study was welcomed by Cheryl Myers, Chief of Scientific Affairs and Education at EuroPharma, which produces a number of supplements containing Aromtech’s SBA24 sea buckthorn ingredient used in the Finnish study.

“The science on sea buckthorn continues to give us new insights into the amazing medicinal properties of sea buckthorn seed and pulp oil,” she told us.

“It is important to note that this research used both the seed and berry pulp oil, each of which contains powerful nutrients. In fact, research has shown that this amazing sea buckthorn seed and pulp oil has over 200 nutrients.

“Many sea buckthorn products do not contain both, are not standardized, and do not have the exact clinically studied ratio found only in SBA24.

“We have always known about its tremendous usefulness in addressing dry mucous membrane issues (ie. dry mouth, dry eye, postmenopausal vaginal dryness) and it is gratifying to now see its usefulness in cardiovascular health in a study of slightly overweight women, as well as a slight reduction in waist size in the treatment group,” said Myers.

The metabolomics results showed that all the interventions produced a “significant effect on the overall metabolic profiles”, said the researchers.

On the other hand, the sea buckthorn extract plus maltodextrin was associated with a tendancy to increase VLDL fractions and serum triglycerides levels, an effect linked to the carbohydrate content of this formulation.

“In whole sea buckthorn berries, potentially all compounds in the soft parts of the berry, including flavonols, carotenoids, fatty acids, tocopherols, tocotrienos, and phytosterols of the pulp oil, were expected to affect the metabolic profile,” explained the researchers.

Finally, bilberries caused beneficial changes on serum lipids in higher risk women, whereas the opposite was true in women at lower risk.

“The diverse effects of berry fractions according to different baseline metabolome deserve additional studies in larger study populations to allow a more-detailed investigation of baseline-response associations,” they concluded.

This entry was posted in News, Research. Bookmark the permalink.