How Super is your Super Fruit? 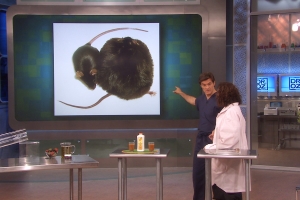 Move over pomegranate, it’s pitaya time. A wave of exotic fruits exploding with nutrients and antioxidants is hitting produce shelves, and it’s worth getting to know them better. Varieties like ligonberry and schizandra berry are making their way into the market in hopes of becoming the next health hero, and others, including baobab, mangosteen, sea buckthorn berry aren’t far behind.

Since the mid-2000s, sales of superfruits have spiked on the heels of POM Wonderful’s success in making the relatively unknown pomegranate a household staple. And global superfruit launches grew by 6% in 2011 following a 10% boost between 2010 to 2011.

Celebrity and mass media exposure don’t hurt, either. “When The Dr. Oz Show featured goji berries, our phones lit up, our website crashed and grocery stores around the country simultaneously sold out at once,” says Eric Cutler, chief marketing officer of Sunfood, a bulk superfood supplier based in San Diego.

And you don’t even have to chew them. More businesses are combining exotics fruits and the healthy juice trend to produce unique beverages that are tasty and nutritious. Even Starbucks is finding new ways to bask in on the glow of the superfruit juice halo. In November, 2011, the coffee company bought juice company Evolution Fresh, originally started by Naked Juice founder Jimmy Rosenberg, for $30 million. Starbucks sells bottled juices in select stores and has opened Evolution Fresh retail shops in the west coast that serve hand-blended, made-to-order juices.

Yet nutrition experts aren’t convinced that the trend will translate into positive benefits for America’s health. The term “superfruit,” for one, is a marketing term and not recognized by the Food and Drug Administration or US Department of Agriculture. “There’s an implication that if I eat one superfruit, it’s the equivalent of eating two fruits,” says Jeffrey Blumberg, director of the antioxidants research laboratory and professor of nutrition at Tufts University. “Americans already do not eat enough fruit. I have nothing against goji berries, I am sure they’re delicious and you should eat them often, but I am reluctant to say that’s all you need to do. Ordinary fruits like apples and bananas are good too.”

And regardless of whether you consider them to be “super” or not, nutritionists say you should aim to eat two to four servings a day, mostly as whole fruit. “I think every year we are going to see a new fruit or vegetable that’s the hot new thing,” says Jessica Kolko, Whole Foods Market’s Healthy Eating registered dietitian and culinary educator. “From my perspective as a dietitian, the more fruit you eat, the more super you are.” 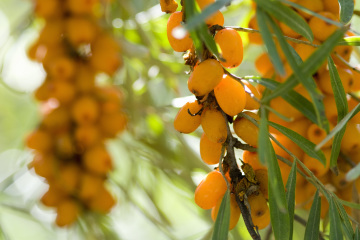 Found widely in Europe and Asia, this fruit is high in nutrients, especially the relatively rare omega-7s, which promote healthy skin, hair and nails, making the oil a popular beauty product ingredient. It’s the trendiest ingredient in make-up and beauty brands such as actress Salma Hayek’s brand Nuance.

Juice Generation is also planning on riding the Sea Buckthorn Berry wave; in 2013 the juice bar will be offering vials of raw concentrated Sea Buckthorn as a ”beauty boost.” “Sea Buckthorn is the hottest new super ingredient used is many creams, serums and elixirs. We will be jumping on this major trend and selling the edible high potent version to take as a shot,” says Emily Parr of Juice Generation.